We were not in horse country, nor was there any corn around. We found ourselves in buffalo country with many crushed clover tracks under our soles. And buffalo hunting we were, in the glorious anticipation of the adventure ahead and how it would all play out. If I chose any place in the world to be, it would be where I was at that moment.

It is difficult to explain the emotional state when buffalo hunting to someone who has not done so. There is a different level of the psyche when you are pursuing that which can kill you instead or, even worse, leave wounds that will haunt and hurt you forever.

We were halfway through our allocated days and had passed on many buffalo. While starting to look for good shade to put out the chairs for lunch we came across the track of a big timeworn buffalo bull a couple of miles from the closest water, his hooves leaving distinctive and deep drags in the red Kalahari sand of Waterberg. Fresh. The idea would be to track this bull and then break for lunch. Just that morning we had already found and passed on 12 bulls, waiting for Mr. Right to present himself at the end of the tracks.

We set off, Gideon in the lead, with me, Michael, and the game scout. The bush was not very high, but what it lacked in height, it made up for in density. Most places one could only see a few yards. It was going to be tight finding this bull before he sensed us. My experience hunting in this park has taught me that if you don’t find them feeding early morning or late afternoon, your chances of spotting or hearing them are very low to assess and decide if this is the bull that you want. Most of the time the thunder of hooves is followed by a few choice words and the lowering of heads – with a long trudge back to the truck and road to look forward to. 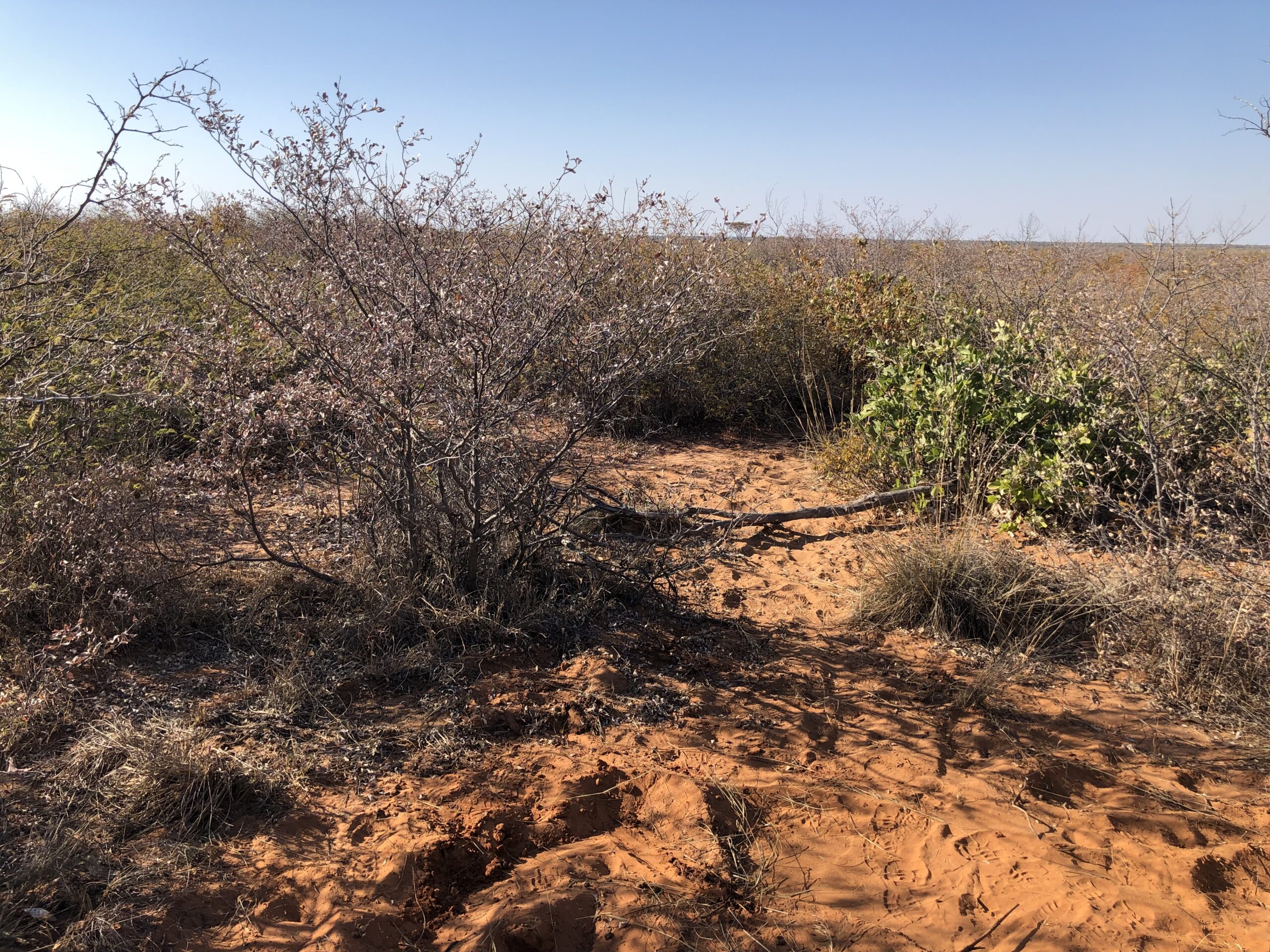 Using my 8x Leica binoculars, I focused through the bush. This buffalo was close. Twenty-five yards, but behind dense brush. After a few minutes, I mouthed to Michael, “Shooter. If you can get a shot, take it.”

Our standoff ended with the buffalo sauntering off into the thick brush. The buffalo was unsure – we had deadly intent. On our next meeting, this feeling would be mutual.

Michael and I left Gideon and the ranger behind to reduce noise as best we could and pushed through the brush. It had been a long morning already, and I had to use all my concentration on the task ahead. We crept for an unknown length of time and I quietly whistled for Gideon to join us to keep his eye on the track, and mine ahead.

We picked up the tracks again and walked slowly through the thick sand. The track went through a patch of a short but dense stand of yellow-wood bushes, pink-grey leaves hanging dry with a crunch of corn flakes. Gideon emerged first on the other side, head down on the track. As I scraped through the brush, there were two horn tips above the green bush ahead of us. I instinctively pushed Gideon to the right, reached back and pulled Michael forward, while stepping out of the way to the left.

The 13th bull was waiting for us. As he got up, he came in one movement. Low and fast. Intention apparent. As I started falling backward, Michael’s .375 Rigby H&H went off beside me. Rifle off my shoulder, I was pulling the trigger for first right and then the left barrel before I hit the deck. The gun was not on my shoulder, but in the direction of danger. A flash of blood was all I could see from what I thought was my right barrel at the hump of our aggressor, who then turned to flee to our left. The .500 NE had turned him at three yards.

In the shadow of a wide-brimmed hat, my eyes and mind were tired. It had been a long day. The adrenaline levels were running low and my eyes swam in and out of focus. This was not the way to go into a wounded buffalo situation.

“Let’s get back to the truck and decide what we want to do,” I told Michael.

And we trudged back to the road, heads bent in the shadow of our hats pondering the events to come.

Well after the anticipated lunch hour we met the truck on a two-track. I decided valour would be needed, and an additional big stick would not hurt and would be the better decision. On satellite phone, I reached Brian, a young, upcoming PH in Namibia’s hunting industry. He was hunting close by and could be at the park entrance inside an hour.

Our team enhanced; two hours had passed when we returned to the scene of the action. Blood, not much, and very watery at that was traced on the track. It was a slow, labored walk. Moses, one of my Bushmen trackers, plucked a leaf off a bush on the track examining it for blood.

It took 30 minutes of slow work. I would lead the group to thick bush and made big swings around it before going through it, often leaving the track and picking it up again on the far side.

In one of these thickets, movement caught my eye – the lifting of a head. I knew it was on. I fired right and left in the black, successfully convincing our quarry that retreat would be a better option. Brian to my right started sending hate, rapidly. And in a cloud of dust, it was all over.

If you follow Africa’s most dangerous, there will be close calls. In these close calls, we rely almost entirely on our equipment, instinct, reaction, and your team. There is not much preparation you can do for these situations, other than continuous practice, and having a good solid team around you.

We eventually also found the game ranger too!

Several days later we went with Michael to drop his prized trophy at a local taxidermist for dipping and packing. To our amazement, the member of staff that helped offload the buffalo was wearing a “Lucky 13” jacket…

It was certainly Lucky 13 for us. 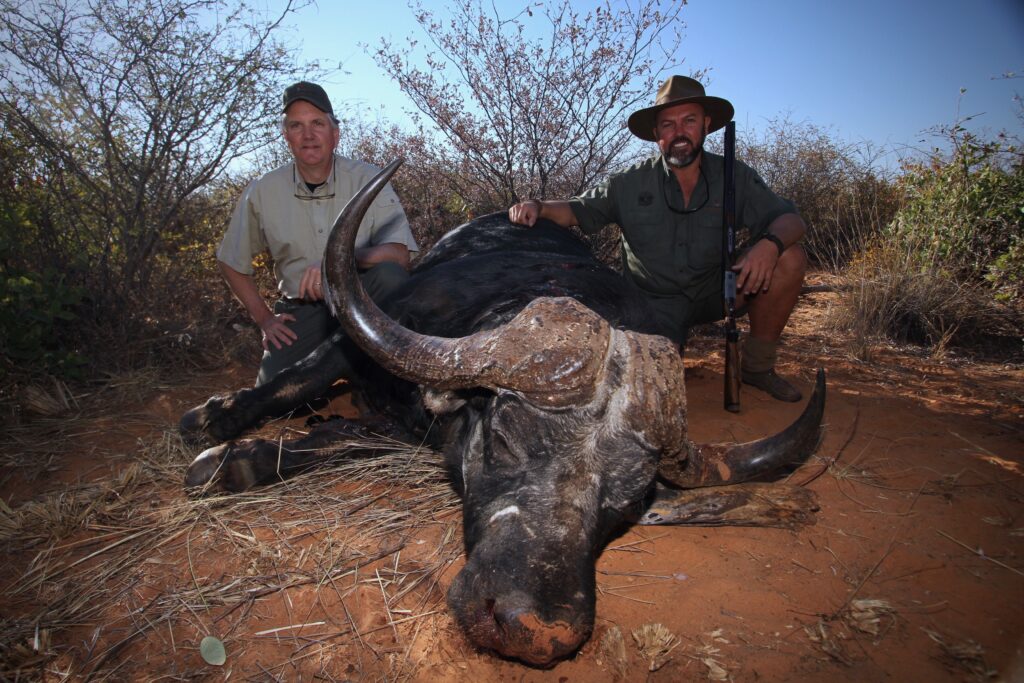 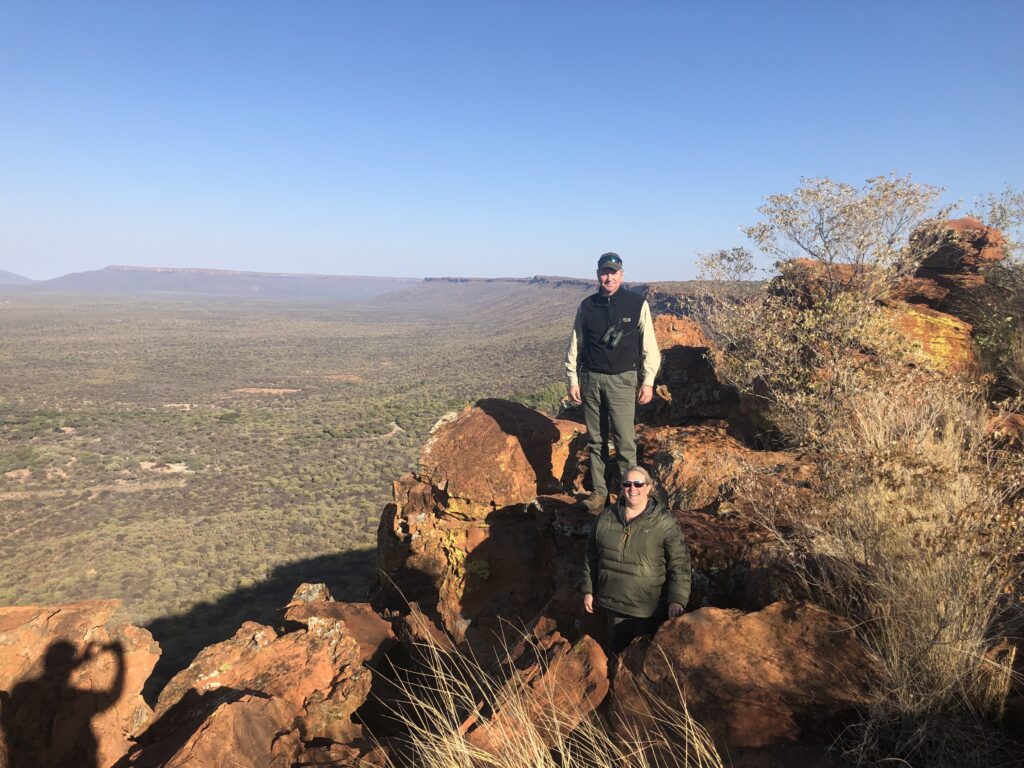 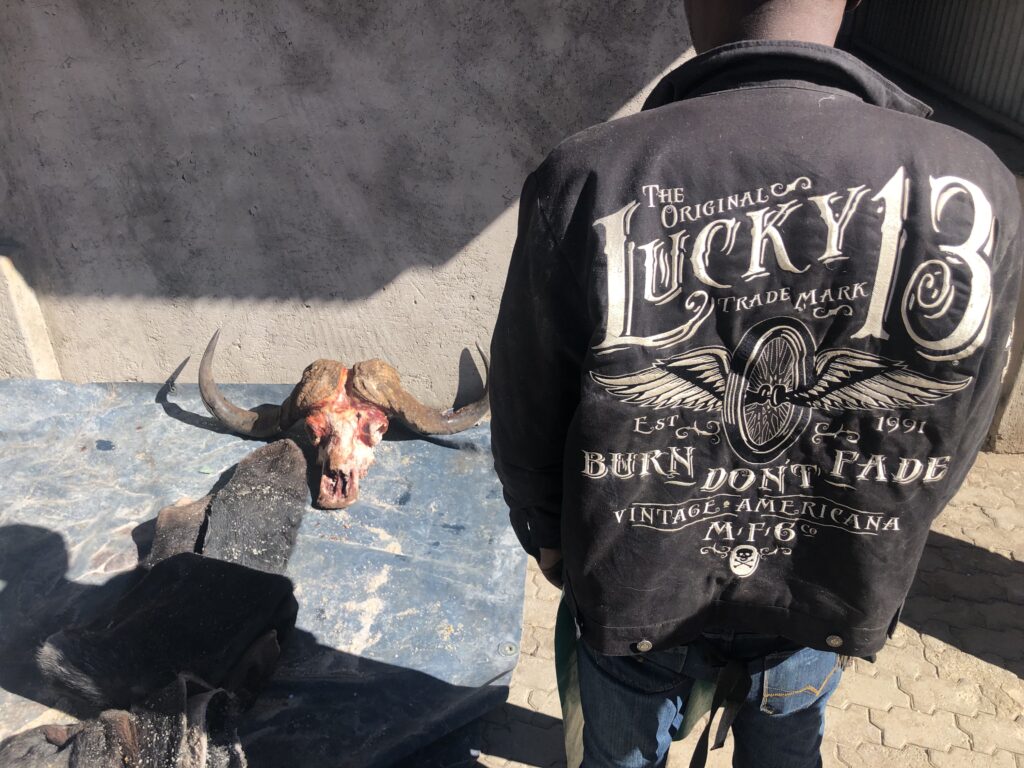 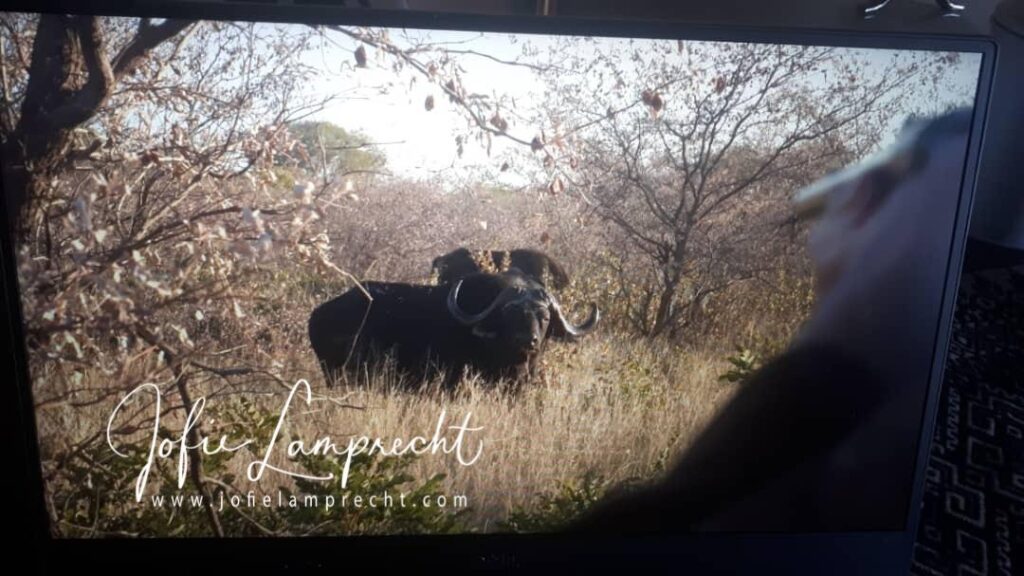